The proposed research, based on the unpublished Ottoman archive of the Holy Monastery of the Transfiguration located in Meteora, Thessaly (known as the Great Meteoron), seeks to reconstruct aspects of the economic and social history of the Ottoman period under a predetermined perspective.

More specifically, the Great Meteoron monastery is approached as a socio-economic unit within the Ottoman administrative framework during the late 16th century and throughout the 17th century and consequently the monastic economy is studied within the same context. The archival material under study covers the period between the years 1568 and 1700 and amounts to about 600 documents of various types. The work plan includes the translation of Ottoman documents, the processing of their data and drawing of conclusions, aiming to integrate the findings into a broader dialogue.

The year 1568, which has been chosen as the starting point of this research, marks a turning point in the history of monastic economy, as it marked the transition from a vague legal framework to a more inelastic one, which challenged the legitimacy of monastic property and imposed its confiscation. Monastic property passed into the possession of the Ottoman state and after that their predecessors were given the opportunity to buy it back. Subsequently monasteries made a laborious effort to recover and manage their confiscated property, which we are trying to record.

With regard to the issue of confiscation but mainly of the post-confiscation period, it is worth noting that the studies carried out so far have focused mainly on the legal aspect of the confiscation issue. Drawing from the acquired knowledge, the proposed research chooses to follow a pragmatic perspective and seeks to study the economic and social aspects of the issue. It attempts to outline the financial profile of the monastery, the management strategies of the “crisis” of 1568 and its economic consequences as well as the mechanisms of survival and development of the monastery during the 17th century. The characteristics of monastic land ownership and its management are also examined. In addition, it is traced the monastery’s network of relations with the central and provincial administration as well as with its wider social and ecclesiastical environment. Finally, and to the extent that the data of the archival material allow it, the environmental dimension will be sought so as to demonstrate how the monastery managed the natural space in the areas where they owned land and if there are changes in its use over time. 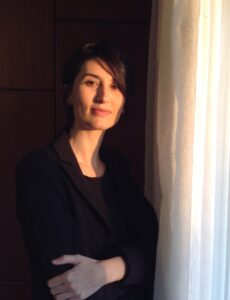 Styliani Lepida is a postdoctoral researcher at the Department of History and Archeology of the Aristotle University of Thessaloniki, where she also completed her undergraduate (BA, History, 2008) and postgraduate studies (MA, Turkology, 2011). In 2019 she defended her doctoral dissertation under the title: Aspects of the Ottoman Provincial Administration in the 17th century. The case-study of Cyprus, at the Department of Turkish and Middle Eastern Studies of the University of Cyprus, from where she received her doctorate in Ottoman History. During her doctoral studies she was granted scholarships by the State Scholarships Foundation of Greece (IKY) (2013-2015) and the University of Cyprus (2016-2017, 2017-2018). She has authored articles in scientific journals as well as chapters in collective volumes and she has participated in international conferences. She participated in the international research project “Does monastic economy matter? Religious patterns of economic behavior” organized by the Center for Advanced Study Sofia (CAS), as a researcher during the period 2019-2020. Her research interests are focused on the economic and social history of the Ottoman period and on issues of provincial administration, with an emphasis on the 17th century.