The use of interactive mapping tools for visualizing, exploring and analyzing data has become increasingly popular in the field of digital humanities and expands the capabilities of online geovisualization. However, analytical functionality for historical web mapping that effectively combines critical historical research with digital technologies is currently relatively sparse in academia, although some promising examples have already paved the way. Based on the convergence of the latest achievements in digital mapping and innovative historiographical approaches to the Enlightenment, the proposed project aims to the development of a user friendly interactive and dynamic historical maps interface.

The focus will be on the actual visualization of the intellectual and geographical networks Greek-speaking scholars of the Ottoman Empire, Portuguese estrangeirados, Spanish pensionados and Nordic scholars developed during the 17th and 18th century. The project will use the latest innovations in digital mapping in order to develop user friendly dynamic web maps of the itineraries of traveling scholars, and visually represent the building of networks between scientific and technical centers and peripheries. The deliverable of the project will be a dynamic system capable of providing multi-layered maps, which will enable users to query and visualise data and flows through a modern and robust environment. This interactive interface will show with a simple and affective way how the intellectual networks developed in the European periphery in the 18th and early 19th centuries contributed to the shaping of knowledge during the Enlightenment.

The theoretical background of this project resides in history of science. Following the general idea that the knowledge system that gradually dominated European modernity has come into being through a dynamic and multi-layered process, the project will be based on the concept of “moving localities” introduced by historians involved with the Science and Technology in European Periphery (STEP) network. The project will mainly take advantage of the theories of STEP network on the one hand, and on the other the latest achievements in digital mapping in order to create a dynamic interface of historical maps which will enable us to understand the emergence of modern science and technology as the expression of a dynamical geography.

The proposed mapping visualization aspires to enter the current digital humanities scholarship by proposing an innovative image of knowledge shaping during the Enlightenment era, and to provide a better understanding of the role of the proposed intellectual flows. In the same time, it will uniquely combine the latest cutting edge web and mapping technologies and will provide innovative ways on storage, transfer, visualize and querying historical data. The ultimate scope of this project is to provide the grounds to influence other researchers and stimulate further research projects in digital humanities or relative fields.

This research project  was funded by the Research Centre for the Humanities (RCH), with the support of the John S. Latsis Public Benefit Foundation.

“Presentation of the MtE project (work-in progress) and Future Steps”

The workshop is part of the research project «Mapping the Enlightenment: Intellectual Networks and the Making of Knowledge in the European Periphery» funded by The Research Centre for the Humanities (RCH) for the year 2017.

Eirini Goudarouli, Vassilis Routsis, Manolis Patiniotis: «Mapping the Enlightenment: Intellectual Networks and the Making of Knowledge in the European Periphery»

– Eirini on the general context of the project

– Manolis on the historical research

– Vassilis on the technical details

Ana Simões, João Machado, José Avelãs Nunes: «A digital humanities approach to the circulation of Portuguese estrangeirados during the Enlightenment: networks and mapping»

– João & José on the DH tools, their implementation, advantages and disadvantages

The project uses interactive mapping tools for visualising, exploring, and analysing the intellectual and geographical networks developed by Greek-speaking scholars of the Ottoman Empire during the 17th and the 18th centuries. Based on the convergence of the latest achievements in digital mapping and historiographical discussions about the representation of the Enlightenment, the project develops user-friendly interactive and dynamic web maps of the itineraries of traveling scholars, and visually represents the building of networks between scientific centres and peripheries. This interactive interface offers a simple and effective way of showing how the intellectual networks developed in the European periphery in the 17th and the 18th centuries contributed to the shaping of new scientific knowledge during the Enlightenment.

The theoretical background of the project resides in the history of science. Following the general idea that the knowledge systems that gradually dominated European modernity have come into being through a dynamic and multi-layered process, the project draws upon the notion of ‘moving localities’ introduced by historians involved with the Science and Technology in European Periphery (STEP) network. The concept of ‘moving localities’ enables historians to perceive circulation as a knowledge production process. Locality, in this sense, indicates a complex set of connections, allegiances and commitments that travel with people and thus extend beyond conventional boundaries, creating interconnected intellectual spaces over wide geographical areas. The project takes advantage of the historiographical approaches of the STEP network on the one hand and the latest achievements in digital mapping on the other in order to create a visual representation of the abovementioned concept of ‘moving localities’.

The interactive mapping environment developed for the purposes of this project contributes to enhancing users’ understanding of the emergence of modern science and technology as the expression of a dynamical geography. In this context, centres and peripheries are not regarded as tokens of a steady, hierarchical geography, but rather as mutually dependent and co-constructed entities whose status can change with time.

Mapping the Enlightenment project perceives the visualisation techniques as the medium to assess and display the findings of historical research that critically challenges the received narrative concerning early modern intellectual European networks. It presents an innovative narrative of the making of knowledge during the Enlightenment. At the same time, it constitutes a unique combination of the latest web and mapping technologies, and provides innovative means of storing, transferring, visualising, and querying historical data. The project is a distinct example of how Digital Humanities, thanks to its interdisciplinary nature, can generate new critical knowledge through the re-interpretation of data that might otherwise be overlooked. In addition, with the use of the latest open-source technology in spatial visualisation, the project adds value to the field by providing a showcase of the evolution of relevant technologies and, more importantly, of the ways that Digital Humanities can innovatively use them for research. 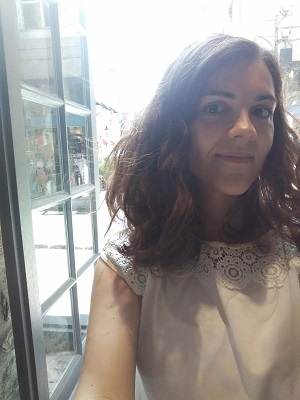 Eirini Goudarouli is the Digital and Technology Research Lead and a member of the Research Team at The National Archives, UK. Her current research interests include digital humanities and digital archives. She is particularly interested in bringing together methods and theories from a range of disciplines that could essentially contribute to the rethinking of digital, archival and collection-based research. She is also excited about new ideas around the collection, storage, and research of born-digital records. Eirini also is a Research Fellow at the Research Centre for the Humanities, Greece; a member of the Digital Committee at the Royal Historical Society, UK; and a member of ‘Data Science and Digital Humanities’ special interest group at the Alan Turing Institute, UK.
Eirini has extensive experience working on digital and interdisciplinary research projects across the Archival and Higher Education sectors. In 2015 she received a doctorate in History of Science from the University of Athens, and she has been a visiting scholar at the University of Cambridge and the University of Helsinki. Before joining The National Archives, she has been a Researcher at the University of Warwick and an Associate Research Fellow at Birkbeck, London. In previous years, she spent more than 5 years working with the historical and digital collections belonging to the Historical Archives of the University of Athens and the Lab for the Electronic Processing of historical archives at the University of Athens in Greece.

Vassilis Routsis is the Research Associate for the UK Data Service at the UCL Department of Information Studies. His research interests lie between the boundaries of social sciences, humanities and computer science. He is particularly interested in studying the societal and cultural impact of modern technology as well as utilising the latest technology to seek answers to humanities research questions (Digital Humanities). 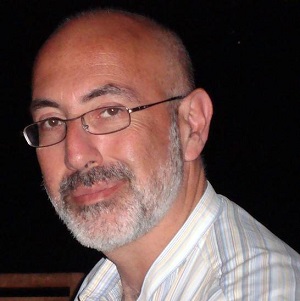 Manolis Patiniotis is associate professor of History of Science at the department of History and Philosophy of Science, Athens University. He delivers graduate and undergraduate courses on the Historiography of Science and Technology, the history and historiography of Scientific Revolution and the Sciences during the Enlightenment. His research interests include the study of Newtonianism’s impact on various 18th-century intellectual environments, the appropriation of the 17th and 18th-century natural philosophy by the scholars of the European periphery, and the application of information technology in historical inquiry. He participated in the construction of the digital libraries Hellinomnimon and Katoptron (http://dlab.phs.uoa.gr/) and he is a founding member of the international research group STEP (Science and Technology in the European Periphery, http://step2.hicido.uv.es/).