According to documentary sources burial customs in ancient Greece were considered sine qua non for the normal transition of the soul to the Underworld. Texts however are rather curt of child death and the treatment children received in death and burial. Burial evidence from Classical and Hellenistic Greece suggests that society was not untouched when a child died. In Athens and Attica in particular child burials are rather numerous while some seem to stand out.
Traditional archaeological approaches to child burials tended to interpret the treatment of children in death as being particularly revealing for their social and economic role in society. More recent studies focused on more symbolic issues such as memory, sentiment, movement and the degree of parental involvement. Indeed, the death of a child is rather dramatic as it is surrounded by sentiments evolved from early loss.
In this project the aforementioned models are brought together on the basis of burial evidence from Classical and Hellenistic Attica in order to a) reconstruct as far as possible the funeral ritual associated with child death, b) investigate the impact of child loss to Classical and Hellenistic society, c) examine the association, if there was any, between sentiment and the child’s identity and status, and d) explore how this association might have changed from the Classical to the Hellenistic period in cemeteries located in various parts of Attica.
Even though the available bibliography on attic child burials is limited, a search through past investigations is far too valuable for Classical archaeologists to disregard. The first step is to assemble the evidence in MS Access data base by area in order to allow for a regional analysis. The latter will operate into two levels: a) Athens and b) Attica. A comparative analysis with children burials found in other places (Argos, Corinth, Astypalaia, Abdera, Olynthus) will then follow.
Maps of the Greek Army’s Geographical Service, Google Earth, groundplans and in situ investigation will be employed to pin down individual child burials, clusters of child burials, their location in relation to adult, male and female burials, and in the natural, religious and urban landscape. A contextual analysis will then follow. Burial offerings, burial rites and rituals, grave forms will be questioned within their sociopolitical and economic context as well as religious beliefs. Ancient sources and modern sociological, anthropological and ethnographic studies will supplement my study.
A thematic approach on children burials in Attica will contribute to our understanding of the way children were treated in death in the Classical and Hellenistic periods. The comparative and contextual analysis adopted will allow for an engagement with status, gender, age, health and ultimately death of the children, and with variations in social, political, economic, local and interregional circumstances, religious beliefs and practices, as well as emotions and changing family structures.

Research: “The Archaeology of Child Death: children burials in Classical and Hellenistic Attica”

Even though the available bibliography on attic child burials is limited, the evidence provided by a search through past investigations is abundant, diverse and representative. The evidence is treated in a holistic manner according to diachronic, regional and thematic perspectives. Aspects such as modes of child disposal (burial, cremation); placement of child burials (e.g. intra/extra-mural, in family group, in child cemeteries); grave form (e.g. pot/basket/box/tub/coffin/sarcophagus/pit); grave offerings; funerary rituals; commemoration (e.g. grave markers, epitaphs, tomb paintings); children as mourners; impact of gender/social class/age at death; chronological/regional variation as relevant are considered in order to reconstruct as far as possible the funerary and commemorative rituals associated with child death; to investigate the impact of child loss to Classical and Hellenistic society; to examine the association, if there was any, between emotions and the child’s identity and status; and to explore how this association might have changed from the Classical to the Hellenistic period in cemeteries located in Athens and Attica.

Arguments that the remains of infants and children will never survive in the ground as well as those of adults are unfounded. In large cemetery excavations e.g. Athens (e.g. Kerameikos, Eriai Gate cemetery, Diochares Gate cemetery  and Syntagma Square cemetery), Eleusis (West Cemetery), Phaleron and Rhamnous, non-adult skeletons can be found in sufficient numbers to allow in-depth research into children’s inclusion in or exclusion from communal cemeteries. Children burials often appear clustered in specific sections of these cemeteries or may sometimes fall in between or are even relatively marginalized. Patterning of children graves within communal cemeteries (e.g. intra/extra-mural, in family groups, in child cemeteries), it is of note, may occur for practical or ritual reasons and can tell us something about that society’s attitude toward its children.

Objects such as strigils, figurines, and miniature vessels are often found in children’s graves. The presence of these items in both ‘life’ and ‘death’ contexts warrants a discussion of the relationship between grave goods and artefacts potentially used by children in life. There is an ongoing issue in archaeology, even beyond the classical world, as to what constitutes children’s material culture (beyond toys and infant feeders) and the difficulty in determining it. Artifacts in children’s graves were selected with a view to appropriateness for particular age groups of children? Reference to this issue is made and an attempt to discuss it in detail.

Clay tubs, amphorae, pithoi, and hydriai are the most common burial receptacles for children in Attica. Children are also buried in shallow graves, probably because of their smaller dimensions. Perhaps it was thought unnecessary to expend too much energy in digging a grave for these tiny remains. However, for improperly buried children, it has also been maintained that the Athenians have used to a large extent the expedient of exposing undesired new-born infants. It has often been argued that this was a heartless expression, indication that for an Athenian father and mother, the killing of their child was a matter of indifference and result of over-population in Athens and Attica. Grave depth and grave length are considered. Statistical analyses are introduced to investigate if there is any relation among grave types, forms of burial, and the number of children buried, their identity and status, and times of economic depression and poverty.

Available information provided by excavators on non-adult skeletal preservation, age, and sex, and exposure to trauma, is assessed, as far as possible, in order to examine the development of definitions of age through burial practice from the Classical to the Hellenistic period, and explore the disposal mode of at least three age groups i.e. infants 0-1 years old, small children 1-4 years old, older children 4-10 years old.

Emotions influence social relations and vice versa; consequently, they all are socially relevant, subject to scrutiny, judgment, and normative intervention. The manifestation, perception and treatment of emotions are continually influenced by cultural and social changes which may or may not be manifested in child burials. Cultural patterns may be used by the individuals in dealing with painful personal experience. For example the suppression of grief is a cultural practice that aims to for the bereaved to gain some kind of control over the emotional trauma of the loss. Any traits that can be related to the dead are avoided: not mentioning their name on a grave stone, mentioning their name in a particular way, transforming the name with a pronoun that is used to refer to inanimate objects and treating personal belongings in a particular manner. This is explained both through the fear of the ghost of the person and through avoiding things that can evoke painful memories both as potentially dangerous for the bereaved. Even in Classical Athens that regulates the open expression of grief individuals experience painful grief. Nevertheless, written and epigraphic sources on children in Attica are fragmentary, problematic often misleading, while the iconography of children in vase painting (e.g. child figures on lekythoi and choes) and sculpture (child figures on funerary reliefs) is scanty. Yet they often make reference to the impact of children’s death to their parents, relatives and society. Therefore, the archaeological, historical and iconographic evidence is integrated with the burial evidence within the frame of a contextual analysis.

Child death and burial in the Classical and Hellenistic world have been primarily studied in the light of their representation in literature and art. Such studies have provided important yet rather limited insights. This project analyses burial evidence that is widely disseminated in space and time and represents a wide range of social strata, sub-adult age groups and gender in order to contribute to our understanding of how political, social or economic parameters may have affected children’s inclusion into communal cemeteries and how emotions may have been involved in the burial and commemorative rituals for children in Attica. 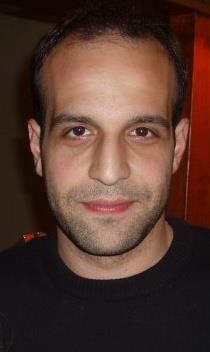 Dr. Nikolas Dimakis received his BA in Archaeology and Art History in 2007 at the University of Athens. He further pursued postgraduate studies at the University of Nottingham (MA in Archaeological Research, 2008, PhD in Archaeology, 2012) on prestigious studentships (Greek Archaeological Committee UK, University of Nottingham) and awards (The Sir R.Stapley Educational Trust, Society for the Promotion of Hellenic Studies, the J.F. Costopoulos Foundation). His PhD thesis on “Social Identity and Status in the Classical and Hellenistic Northern Peloponnese: the evidence from burials” appeared as monograph by Archaeopress (2017). In 2012-2015 he was co-investigator in the research project of excellence “THALES – University of Athens – Apollo’s Sanctuary at ancient Halasarna on Kos“, led by Prof. Em. G.Kokkorou-Alevras (PI). His postdoctoral research on “The Archaeology of Child Death: child burials in Classical and Hellenistic Attica” was funded by the Research Centre for the Humanities (RCH) for the year 2016, with the support of the John S. Latsis Public Benefit Foundation. In 2017 he worked in Kos as field archaeologist for the Ephorate of Antiquities of Dodecanese. In 2018 he is involved as researcher in the project “Experiencing the public space in ancient Greece (6th-1st c BC). Roads, squares and free, open air spaces in cities, sanctuaries and cemeteries”, led by Prof. P.Valavanis (PI). Nikolas has participated in many archaeological projects in the Peloponnese, Attica and the Dodecanese, and as underwater archaeologist at Pavlopetri, Laconia. He has organized, coordinated and participated in international conferences and meetings. He has published on Classical, Hellenistic and Roman burial customs, ancient Greek deathscapes, pottery lamps and terracotta figurines.