The proposed historical research attempts an alternative historiography of modern Greek architecture.It focuses on the period 1945-1967 during which, as it is generally believed, architecture in Greece lost its ability to address to the masses and to the question of mass housing, and urban planning  proved powerless to impose its goals. Urbanization and urban housing entered an “automatic urbanization” regime where it seemed that space planning experts were playing a minor role.

This research’s central hypothesis is to critically review this role attributed to the “experts” of space in Greece, focusing on two influential architects-planners, who in the critical period under study were additionally public officials, namely Constatinos Doxiadis and Prokopis Vassiliadis. Doxiadis was one of the basic figures of Reconstruction (first as vice-minister as Deputy Minister and General Director and then as Coordinator of Reconstruction, and Deputy Minister of the Ministry of Coordination). Vassiliadis in essence follows Doxiadis (after the dissolution of the Ministry of Housing and Reconstruction into the Ministries of Public Transportation for one and Public Works for the other, on 1954) for the issues of public housing (at the Directory of Studies of the Housing Service of the Ministry of Public Works). On the one hand Doxiadis is said to be responsible for the 28th Resolution (for he publicly supported it vigorously), which is considered that it has created favorable conditions for private-led building construction, and on the other hand, Prokopis Vassiliadis seems to have played a certain role –as the research claims based on specific findings–, into the introduction of building coefficients (which are a factor for surplus value in the Greek model of automatic urbanization). The policy of self-help in housing, followed by Doxiadis to resolve the extraordinary and widespread housing problems mainly of the Greek rural population, which seems to be into the spirit of broader geopolitical housing strategies, will be of particular importance for the research. Characteristically, as the survey reveals, when in 1955, Jacob Crane, who, more than anyone else, shaped and implemented the US policy for housing assistance and who had close contacts with Doxiadis, was asked by the National Mortgage Bank of Greece to express views on the housing problem of the country, he viewed the Greek model of the reconstruction of private homes as a real phenomenon and suggested its continuation.

Contributing to a more general historiographical shift concerning the study of the history of architecture, one that has begun to be interested in objects that traditionally have been classified as non-architectural, and in the role of architect as a consultant-specialist in a global network of intercultural collaborations (and not just as a creator-designer), this research aspires to highlight the historical role of architecture in the emergence of systems that operate autonomously, separately from architecture, and yet they are can define it. By studying original archives, largely unexplored in existing literature, the research attempts to understand modern architecture in Greece as interwoving with other much wider cultural manifestations and decisions that do not solely deal with the physical design of space.

This research project was funded by the Research Centre for the Humanities (RCH), with the support of

Research: “Towards an alternative historiography of (modern Greek) architecture, 1945-67”

The research project “Towards an Alternative Historiography of (Modern Greek) Architecture, 1945-67” examined the recent history of architecture in Greece in terms of the specific relationships, systems and policies that shaped the role and importance of architecture and defined the form of the built environment in Greece. As a case study, the survey focused on the policy of aided self-help in housing, a policy followed by Greek architect and planner Constantine Doxiades for the resolution of the emergent and extensive problems in housing as well as on the role of Doxiades in the adoption and implementation of the so-called KH’ Resolution, a measure that promoted private-led building activities.

The research dealt in particular with the study of U.S. reports compiled between 1951 and 1963. More specifically, the survey identified and analyzed the following reports: 1. a type-written letter-report by George L. Reed entitled “Preliminary Comment on Possibilities of Housing Program – UNRWA”, dated 17/01/1951, 2. a type-written, 54-page report by George A. Speer: “Post War Housing in Greece. A Brief Narrative Report on the Greek State-ECA Accomplishments in Attacking the Post-War Housing Problem”, dated 01/03/1951, 3. a brief paper by George L. Reed entitled “The Greek Villager Homes himself”, published in the News Sheet of the International Federation for Housing and Urban Planning in August 1951 (pp. 22-24); 4. George Speer’s article “From Greek devastation have come new homes via ‘aided self-help'” (Journal of Housing, Volume no 10 , pp. 51-56, 58, February 1953); 5. the short –five typed pages– report by Jacob L. Crane entitled “Preliminary Impressions of Housing Problems in Greece”, dated 22/02/1955; 6. Jacob L. Crane’s report “National Housing Policy in Greece” (May 1955) published also in Greek [«Εθνική Στεγαστική Πολιτική εν Ελλάδι»] in the journal Technical Chronicles (Issue no 105-106, 1-15/5/1956, pp. 50-54), 7. George Speer’s presentation “Aided self-help in housing”, found in the minutes of the US Senate Conference, entitled Study of International Housing, (1963, pp. 212-217). The examination of these reports resulted in: a. an improved historical description of how exactly the Greek Reconstruction was realized, what was the specific form of the aid provided, who provided it and, ultimately, what were its results, b. a deeper understanding of the rationale, the feasibility and the expectations of U.S. aid in Greek Reconstruction and c. the recording of the American reaction to the KH’ Resolution and of what followed the organized restitution of the housing problem in Greece.

Finally, the research’s original findings and conclusions could relate to: a. the first attempt of historical recording the contribution of American consultants in Greek Reconstruction; b. the identification of affinities and real links between the Greek direct housing programs concerning the affected rural settlements and the American philosophy of “self-help” in housing; c. the comparative study of KH’ Resolution with the US housing programs for Greece. 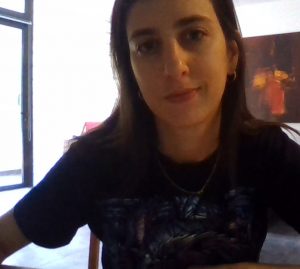 Konstantina Kalfa is an architectural historian, originally trained as an architect at National Technical University of Athens (2008). She holds a postgraduate degree in the history, theory and philosophy of architectural design (NTUA, 2011) and a PhD in History and Critique architecture (NTUA, 2015). Since 2012 she teaches History and Theory of Architecture at the University of Cyprus, the University of Thessaly and the Athens School of Fine Arts. Amidst her publications are ‘Where the Spell is Chanted’, Architecture and Culture 3:3 (2015), pp. 315-325 and ‘On Creatively Destructing’, Rethinking Marxism 26: 4 (2014), pp. 581-591. Since August 2017 she is participating at The Aggregate Architectural History Collaborative’s project Systems and the South: Architecture in Development.