The 4th Crusade and the capture of Constantinople from the crusaders in 1204 is generally well known. On the contrary little is known on the activity of the trobadours that followed the kings of the crusaders to Byzantium. The cultural life in the newly formed Latin Empire of Constantinople after the fall of the Byzantine empire is also obscured. The trobadours Raimbaut de Vaqueiras and Elias cairel and the trouvere Conon de Béthune stayed in the latin empire and passed some of their creative years there. The two trobadours followed Boniface of Monferrat the new king at the Kingdom of Thessaloniki and resided in the city for some years. They left music and poetry of high quality and rich on historical references. The intention of my research is to find the works connected to the latin Kingdom of Thessaloniki το analyse, translate and transcribe to modern notation the musical pieces. Furthermore to research for more trobadours in connection to the Kingdom of Thessaloniki and investigate the cultural background and possible cultural exchanges between Greek and Western artists. The project will be concluded with
the writing and publishing in Greek and in English a treatise on the subject including the works, the historical and cultural background, evaluation and importance of the contribution to the historical context, CD of the musical works.

Research: “Music and poetry of the Troubadours at the Latin Kingdom of Thessalonika after 1204.”

The research project focuses on the works of Raimbaut de Vaqueiras and Elias Cairel written in the period between 1204-1210 at the Latin Kingdom of Thessaloniki. The works of the troubadours which make reference to and were written in Romania, highlight a dark and little known period of Greek history, at the beginning of the 13th century. Chronicles and sources from that era frequently confrm the information drawn from their texts, where we fnd portrayed characteristic events of the 4th crusade and of the Latin rule in Romania. This is the case with Rainbaut’s narratives about the siege of Constantinople and references to the various expeditions and with the promptings of Cairel, spokesperson for the Italian knights of Thessalonica, to convince William of Montferrat to come to the East and assume the leadership of the kingdom of Salonika. The two troubadours assumed from the very beginning a relationship with Boniface and the kingdom of Thessalonica. Neither of them refers to the other, in contrast to references, in the poems of both, to the army ofcial, trouvère Conon de Béthune. In addition, there are no references to the cultural life of Thessalonica, apart from those made by the two troubadours. Did Boniface host other musicians and poets in his court? The three years which Raimbaut spent in Thessalonica, i.e. from fall of 1204 to September 1207, he may have been the sole artist in court, alongside Cairel. These years were flled with unrest and with expeditions, while periods of peace were very few and far between. The war events of the 1204-1207 period included the advance of Boniface towards Southern Greece and the two battles with Leon Sgouros (at Thermopylae and Nafplion), the crusaders’ disastrous defeat at Adrianople as well as constant armed conflict with the Bulgarians and the Greeks of Epirus. Despite the brevity of its existence, the Latin kingdom of Thessalonica ran an exciting course. In the frst few months following the fall of Constantinople, it was made by Boniface of Montferrat into the capital of an important feudal state extending from Corinth to Mosynopolis. After his death, in 1207, the city became the arena for diplomatic and military developments between the Italian knights of the city and the cunning regent Biandrante, on the one hand, against the Franks of Constantinople and emperor Henry on the other, with an unfavourable ending for the Italians and their grand vision of a large and powerful kingdom.

All these events are implicit in the works of the troubadour Cairel, while the leading actors are mentioned by name. The fall and pillaging of Constantinople as well as the establishmen of feudal states in the realm of Greece, injured irrevocably the cohesion of the Byzantine empire, while the consequences of the settlement by the Franks, Italians and Catalans, remained visible even up to modern Greek history. The “Troubadours of Thessalonica” with their beautiful and elaborately crafted works, shed light on a small niche of a period which was to be decisive for the subsequent unfolding of the state of things in Greece. 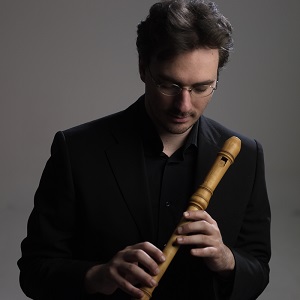 Born in Greece he studied recorder, baroque flute and historical performance practice at the Utrecht School of the Arts (MA 2001), at the Early Music Institute – Academy of Music in Milan and at the Conservatoire of Vienna. He got a masters degree on Medieval and Renaissance music from the Trossingen School of Music and a PhD on historical musicology from the University of Athens with a thesis on the relations between renaissance humanism and music.  He performed in festivals and venues such as the Styriarte Festival in Graz, the J.S.Bach Festival in Riga, the  Pablo Casals hall in Tokyo, the Sala Verdi in Milan, the Megaron in Athens, the Hellenic Festival, the Konzerthaus of Vienna, the Marco Fodella Festival in Milan, the Mousike’ in Bari, the Banchetto musicale in Vilnius, the Trollhaeten Festival in Sweeden etc. He has performed with Armonia Atenea (G.Petrou), with Harmony of Nations Baroque Orchestra as well as with Vienna Symphony Orchestra (Ph.Jordan) and performs regularly with his own ensemble Ex Silentio. He has recorded for Carpe Diem and Talanton with Ex Silentio and took part in baroque opera recordings for DECCA and MDG. In 2016 he was a post-doc scholar for the Centre for Humanistic Research in Athens with a project on the troubadours at the Kingdom of Thessalonika after 1204 (Nefeli editions). His interests include the historical performance practice, the text and music relations and the influence of the Renaissance humanism on music. He is teaching at the University of Macedonia in Thessaloniki, the Conservatoire of Athens and the Filippos nakas Conservatoire.