Carnival is a multifaceted cultural phenomenon, in the context of which entertainment and sociability is combined with social and political critique and ritual inversion. It constitutes, consequently, a privileged vantage point for the social historian.
The carnival of Athens has not yet been scientifically studied. During the 19th and 20th century it underwent significant transformations: the objective of my research is to interpret them. In order to do so, I intend to focus on the changing relationship between popular and bourgeois culture.
The culture of the elite was the first to be transformed, after the introduction of key forms of the Western elite carnival culture (elegant suits and disguises, European music and dances, bal masqué etc) by the Court and the upper middle class from 1834 onwards. By the end of the 19th century this imported bourgeois carnival culture had become completely dominant in the middle class and spread into lower strata. Popular culture was changing, too, under the impact of both urbanization and new bourgeois culture. Masks and costumes, new spectacles and masquerades focusing on current political issues replaced the older rural pagan practices.
In the end of the 19th century a hegemonic assault of the modernizing middle class tried to transform the street carnival culture and to accelerate the “civilization process”, particularly by introducing a parade in the central streets of Athens. Despite some resistance, which has to be carefully examined, their efforts met with success. To this outcome contributed more impersonal procedures, such as the increasing litteracy, changes in gender relations, the growth of commercialized and professionalized entertainment and the detachment of the carnival festivities from the community.
The key concepts I’m going to use in my analysis include elite culture and popular culture. They were not impermeable, self-sufficient, stable or much coherent socio-cultural formations; however, this doesn’t entail the absence of structures related to the impact of economic inequality and power on culture. This is an issue I intend to elaborate further, by employing among others the concept of hegemony. Hegemony, of course, is about imposing not elite’s culture but elite’s cultural domination; however, I intend to highlight that, among the variety of relationships included in the generic term of hegemony, a case may be that a massive cultural exchange lead to significant transformations of the culture of the hegemonized. Moreover, given that hegemony can’t be a homogeneous procedure, equally successful in all cases and periods, I intend to map its differentiated impact and to locate areas of relative autonomy of the popular culture.
Finally, I will attempt to answer questions about the spatial and gender dimensions of Athens carnival. The increasing significance of the urban centre in carnival festivities, the changes in the way the neighbourhoods were connected during the carnival, the increased access of women to public space were developments that were related, among other factors, to the reinforcement of the middle class after 1870s and its attempts to create a “civilized” environment in the central streets.

In my postdoctoral research I used the case of the 19th and 20th c. Athens carnival to shed light on the significant transformations the urban carnival has undergone in the late modern and contemporary period. A brief way to describe them could be “the domestication of the carnival”: it was no longer a world in which one didn’t have the choice not to enter (as was the world of the early modern carnival, according to Bakhtin). The carnival became less and less correlated to meanings that went beyond individual entertainment, such as the meanings that occurred from its connection with the Lent; the older habit of establishing holidays on some of the days of carnival was in decline at the end of the 19th century. Festivities were gradually detached from the community, and many of them were converted into ordinary urban spectacles, as the distinction between performer and spectator was intensified: for instance the Maypole in interwar Athens was practiced by entertainment (semi-)professionals who had few bonds with specific popular communities. Of course, forms of symbolic reversal remained common, but the feeling of a “world turned upside-down” was severely diminished.

In my interpretation I focus particularly on a set of questions related to the social power relations. I use classic analytical categories of social history such as class and gender, and I put the emphasis on the changing relationship between popular and bourgeois culture; hegemony is a key concept here.

Before the Greek national revolution of 1821, Athens was a medium city (of approximately 10.000 inhabitants) of the Ottoman Empire. It seems that Athens had never had a noteworthy urban carnival tradition, in contrast to other Greek cities, such as the ones in the Ionian islands which had been part of the Venetian territory until 1798 or Patras in which a vivid urban carnival was developed under the Ionian and Italian influence. This began to change after 1834, when Athens became the capital and very soon the largest city of the new kingdom of Greece. The Court, foreign diplomats and the wealthy upper middle class imported key elements of the European bourgeois carnival culture: elegant suits and disguises (not only for men but for women too), European music and dances, masquerades of fine humour, and of course the practice of bal masqué. Constant progress was marked regarding the popularity of this imported bourgeois carnival culture, and from the 1870s onwards it spread into lower middle class strata. Regarding the elite, the hegemony of the modernizing faction of the middle class had become indisputable by the last decades of the 19th century.

The older popular rural-type festivities and pagan practices, such as circle dances and disguising by smudging the faces with coal or by wearing animals’ skins, as well as rituals, symbols, and songs promoting fertility, declined until the 1860s. However, popular festivities were enriched with cultural novelties such as the “camel masquerade”, Maypole dancing, the “Fasoulis” puppet theatre and circus-type spectacles, which reinforced the urban characteristics of the Athenian popular carnival. Last but not least, satirical masquerades which focused on current political issues and were part of the modern public sphere began to flourish.

In the 1880s a new spirit emerged among the burgeoning Athens middle-class. A sharp criticism of the popular cultural forms (accused of being dirty, impolite and disgusting) in the newspapers was combined with a hegemonic assault by the bourgeois culture in every aspect of the carnival festivities, and particularly in the public spectacles and masquerades, with the introduction of a parade in the central streets of the city. The annual committees that organized the parades were formed by prominent members of Athens upper-middle-class. Their aim was, firstly, to “reclaim the streets” of their own neighbourhoods, as it was mostly in the center of the city where their residence lay. Secondly, they wanted to reform the street carnival by accelerating the civilization process (N. Elias) regarding the expressions of violence and sex in the festivities and by promoting “politeness” (as they perceived it) in relation to music, dances, songs, jokes, disguises, masquerades etc. They set, thus, some rules about the participation in the parades and, more importantly, they set some criteria for the masquerades that would compete for the not insignificant prizes in money: that political masquerades, and masquerades that were “insulting” individuals or whole “classes”, would not be prized; instead, masquerades would be preferred that were elegant and luxurious.

The outcome of their intervention, as far as we can judge from the newspapers’ reports of carnival festivities, was the triumph of the modernizing and Europeanizing bourgeoisie. It consolidated its hegemony over more conservative middle-class factions and over the popular classes, and it actively transformed carnival practices both outdoor and indoor, as is evident in the reduction of violent practices (such as beating or bean-throwing) or in the decline of specific forms of popular masquerades. The resistance put up by the Church, conservatives, nationalist groups or working-class militants, that is, by heralds and agents of traditional, national –as opposed to foreign– or popular culture wasn’t strong enough to prevent this development. It should be stressed, here, that it didn’t take place any serious attempt to integrate aspects of the popular culture in a new synthesis. At the same time, in a way pretty much similar to New Orleans, other Athens middle class individuals opted not for hegemony and the “civilizing mission” but for segregation and “distinction” (Bourdieu 1979), introducing exclusive spaces of carnival entertainment.

Other major changes of the Athens carnival cannot be predominantly attributed to the deliberate action of middle class individuals. They were, however, often related to processes linked with the deepening of the capitalist relations and the strengthening of the bourgeoisie. The growing dominance of dancing and of commercialized indoor festivities in venues of public entertainment, practices which replaced street festivities as the main feature of the carnival culture in the interwar years, can be partly attributed to changes in the patterns of consumption related to capitalist development. Another factor that possibly accounts for this development are the changes in the sphere of the gender relations: it has been argued in a 1931 magazine that dancing was the choice of women.

It must be stressed here that, in general, to the success of the bourgeois hegemonic assault contributed its positive articulation with the dominant trends in gender relations, and more specifically with the increasing degrees of freedom achieved by women. Women’s mobility in the public space seems to have been quite restricted in the 19th century. However, in the 1900s, newspaper reports give a picture of massive women’s presence in the central streets on the days of carnival. Of course this development must be placed in a broader context of transformations in gender relations –with which there was a reciprocal relationship: the creation of a “civilized environment” in the central streets of Athens, as well as the transformation of the festivities into spectacles rather than community-bound performances, possibly contributed to this increased access of women to public space. 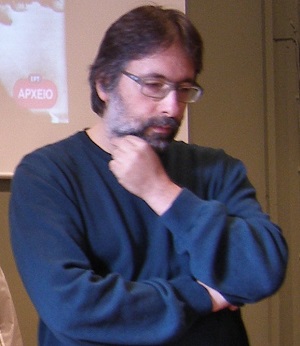 Nikos Potamianos was born in Athens in 1971. He is an assistant researcher in the Institute for Mediterranean Studies – FORTH. He has studied history in the departments of History and Archaeology of the Universities of Athens and Crete; in the latter he has earned his Phd. In 2016 he was a post-doctoral researcher in the Department of History, Archaeology and Social Anthropology of the University of Thessaly. In 2016 and 2017 he has taught European and Greek history in the Departments of Political Science and of History and Archaeology in the University of Crete. In 2017-2019 he will work as a scientific collaborator in the Small Enterprises’ Institute of the Hellenic Confederation of Professionals, Craftsmen and Merchants (IME-GSEVEE) and scientific responsible for a project of historical research on the history of the Confederation. He is member of the academic board and reader in the journal Ta Istorika, member of the Greek Economic History and founding member of the Greek Labour History Network. He has published extensively on issues of Greek social and political history of the 19th and 20th century. He has published two books (in Greek): Oi Noikokyraioi. Shopkeepers and master artisans in Athens 1880-1925 (Cretan University Press) and Noble pachyderms and suffering workers. Topical histories from the beginnings of the 20th century (Assini editions). His new book under publication is about the social history of the carnival of Athens 1800-1940. Most of his publications and a full CV can be found in Nikos Potamianos | University of Crete – Academia.edu

Publications in Collective Volumes upon Invitation

Research Papers Published on the Internet