The proposed research is an ethnographic study of MMOGs (Massively Multiplayer Online Games) in the Greek context. Although MMOGs constitute a popular field of academic study (with dedicated journals such as Game Studies), much anthropological research is either preoccupied with identity play (the alternative representation of self in respect to gender, ethnicity, age, etc.), or takes the form of holistic ethnographies (a chapter for the concept of identity, a chapter for the concept of community, a chapter for the concept of economy etc.). Theoretically, discussion has been limited to the debate between narratologists and ludologists (game studies), where the former approach exclusively focuses on the narratological elements of games (the scenario of a game, gamers’ discourse), while the latter examines only the rules, the programming code and game applications.
Furthermore, and in spite of the fact that gaming is an extremely popular and ever growing social practice in Greece –even during “crisis”- the procedures through which MMOGs are culturally translated in the context of local realities remains a highly unexplored area, both in the international and in the Greek bibliography. Thus, the practice of online gaming is usually represented through oversimplified and problematic public rhetoric (media, cybercrime unit, law, medical discourse) and seen as identical to digital gambling (law 3037/2002), or treated as the cornerstone of the controversial Internet Addiction Syndrome. In the context of that rhetoric, gaming is regarded as an anti-social and anti-productive set of behaviors. Needless to say, gamers’ own discourse on their practice is completely absent from these representations.
The proposed research has as its starting point the hypothesis that MMOGs have been so successful in the cultural/creative industry and among gamers due to the fact that they are experienced by social actors, not as a waste of time, but, to the contrary, as productive and creative tasks. Specifically, the proposed research seeks to illuminate three main –and underestimated- aspects of online gaming, from the perspective of Greek MMOGs communities. A) What new kinds of digital economic practices and forms of labor emerge in relation to these virtual worlds, through techniques such as crowdsourcing, machinima, beta testing etc.? B) How is theorycraft (a systematic theory which is produced by gamers and aims at the production of rules, behavioral patterns, equations, mathematical types, graphical representations, spreadsheets, strategies, tactics etc.) articulated and how does it reshape the experience of gaming? C) How is the subjectivity of the gamer constructed through the logic of the database?
Theoretically, the research aims to synthesize the narratological and the ludological approach by placing emphasis both on gamers’ discourse and other narrative frames, as well as on the technical elements (game mechanics, theorycraft, databases and applications) of MMOGs. Through this synthesis, MMOGs cultures can be seen as technosocial assemblages that are consisted by humans and technologies. Methodologically, I propose a digital multilocal ethnography which is not restricted to gameworlds, but encompasses other crucial –for gamers- digital and geographical environments.

To read the research’s results in Greek, click here. 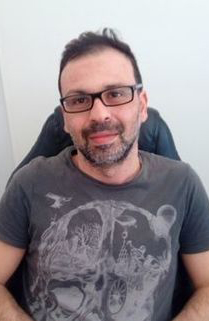 Petros Petridis holds a doctorate in Social Anthropology. His main interests focus on the ethnographic research of digital cultures and new media. Specifically, his interests are in digital economies, file sharing and intellectual property rights, algorithmic cultures and identities, gamification, fan cultures and the politics of knowledge in technosocialities such as Peer to Peer networks and Massively Multiplayer Online Games.​​​

Articles in the Press