During the first years of the 1950s the American cigarette industry dominated almost the entire world. That decade a new smoking product, the filter-cigarette, appeared as a result of the grave concern that was put forward by different health institutions concerning the harmful effects of smoking. The spreading of the filter-cigarette in the post-war era provoked technological changes in the cigarette industry. The largest American and European cigarette industries entered a new phase of modernization: renewal of mechanical equipment -the cigarette-filter machine was the major innovation- and the adoption of new methods of labour organization on the whole.

The technological developments that are noticed in the cigarette industry across Europe after the end of World War II, as well as the increasing business interest regarding the scientific management, forced the upgrading of the role of the “experts” who dealt with working conditions, health and safety in the workplace. The measurements and the recordings, the analytical study and the classification of the employees by the “experts”, alongside the matter of precautionary measures in the factories are linked with the demand for the increase of productivity and scientific management.

In Greece, the largest cigarette industries aware of those changes taking place internationally in the branch, sought to modernize their technological and mechanical equipment. In order to respond to the new circumstances and smoking habits that occurred in Europe during that period and gradually adopted by Greek consumers, they acquired new machinery; the most significant technological innovation was the cigarette-filter machine as was the case in most cigarette factories in Europe. Besides, the Greek cigarette industries looked for methods of scientific management aiming to achieve the increase of productivity. In this context, it seems that the status of “experts” –engineers, technical consultants, managers and doctors of occupational medicine- was raised.

In this research, we draw our attention on the issue of the effects that technological and organizational modifications had on labour and their effects on the construction of social relations in the workplace, through a comparative approach between Greek and foreign cigarette industries. The investigation of attitudes, discourses and practices of “experts”, as well as the stance and the rhetoric of employees and labour unions, regarding the issues raised above, constitutes the main goal of this paper.

The research project “Filter-cigarettes… Business strategies, technological changes and organizational innovations in the Greek cigarette industry between 1945-1973” was funded by the Research Centre for the Humanities (RCH) for the year 2019.

After World War II, American tobacco and cigarettes penetrated in the form of aid -due to the financial problems faced by the countries of Europe- at that time on the European continent and they “conquested” it. As a result of this situation, there was a serious shift in smoking preferences in favor of the new type of cigarettes. At the beginning of the first post-war decade, the American cigarette industry dominated the world. This decade introduces a new smoking product, the filter cigarette. Filter cigarettes appear to be the result of the concerns expressed by various health bodies in the early 1950s regarding the harmful effects of smoking. Significant American tobacco companies first, and then the rest, “respond” to these concerns by adding the filter. Thus, the new type of cigarette, which dominated the world over the next decade, was American Blended and Filter Cigarettes. The spread of post-war filter cigarettes had a decisive impact on both sectors of the tobacco industry: tobacco processing and cigarette making. On the one hand, there were significant changes in the international tobacco trade, as it concerned the demand for the various tobacco qualities offered, apart from the use of light colored tobacco. At the same time, it appears to have been the trigger for technological changes in the cigarette industry. The major American and European cigarette industries underwent a new phase of modernization: the renewal of mechanical equipment, with the filter cigarette making machines being the most important innovation, new methods for organizing production and labor as a whole, as well as new commercial and advertising practices are adopted in order for the new product of the tobacco companies to conquer the market and new customers.

The post-war financial development of Western Europe has enabled trade unions to claim better working conditions and higher wages. Trade unions in the tobacco sector also claimed that the gains generated by productivity increase through the introduction of new technologies in the production process had to “reach” the workers as well. Benefits may have been wage increases, but also improved terms and conditions of work. In this context, they claimed fewer hours of work, more breaks within working time and more paid holidays. Opinions like these were also expressed by the experts – managers as well as doctors – who were employed in the major tobacco companies but started from different starting points than those of the trade unions. The technical evolution in the cigarette industry worldwide after World War II seems to require a diversification of the labor force management methods. If in the past the productivity of the workers could be ensured through the exhaustion of physical strength (workload, prolongation of working time, unceasing movements of the body) now, in the post-war era, new ways were sought.

Managing the labor force in order to become as productive both individually and collectively requires another form of employee supervision and discipline, another form of exercise of power over them. The discourse and practices of specialists – engineers, technical consultants, business consultants, and doctors – was a power that was intended to impose a discipline that the employees would accept or to be more precise would internalize, precisely because it was not imposed on them in an authoritarian and coercive way. The scientific management of the work seems to have known it well enough for a long time before the post-war era we are in. The more technology progressed though, thus as technology became even more complex in the sense that it offered the production process machines that were able to combine many tasks at the same time, often requiring only a few movements from the machine operator, it seems that business management was all the more and more intensely concerned with finding ways in which workers could cope with their new tasks.

Despite the difficulties that all Greek cigarette industries faced during the war and the German occupation, they seem to have been able to get reconstructed. The technological equipment of a part of the Greek cigarette industry was renewed and increased up to a certain point after the war in order to meet the production increase. Tobacco industries -mainly Papastratos but also Keranis and Karelias- renewed and modernized their technological equipment. In the beginning of the 1960s, due to the burden of increased competition among similar Greek businesses, the main cigarette industries of the country (Papastratos, Karelias, Matsangos Greek Tobacco Industry, Keranis) sought new methods for organizing labour and production. “Experts” -technicians, business advisors- were pointing out a series of measures that should be taken so that the sector of cigarette industry can be modernized and production capacity can be increased: drawing up of organization charts which would determine services-posts, creation of “offices of control of quality and time-activity”, creation of incentives and “bonus” in remuneration -according to the European model- for the heads of production and the workers.

The companies sought to modernize departments of the production process by purchasing new modern machines, such as cigarette filter machines, packaging machines, lithographic presses, tobacco processing machines. Changes in equipment and the production process were accompanied by new forms of industrial organization. Knowing the changes that take place in the field internationally at this time, the companies seek methods to scientifically organise production and labour in order to achieve productivity increase. In this context the role and opinion of “experts” -engineers, technical advisors, business consultants and occupational doctors- the object of whom is the terms, conditions of working, health and safety in workspaces, is upgraded. The issue of health of employees and the risks that threaten it in cigarette production factories was, at that time, the focus of claims of professional associations of tobacco industries, raising claims concerning issues of social security. Claims, which seem to be generally harmonized with the pursuits of working classes of the country of that time to include in the scope of their claims the issue of social security, a pursuit included in the circumstance of the post-war modernization of Greek society. 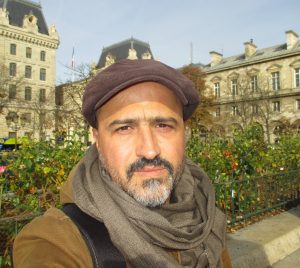