This research proposal examines the recently widespread practice of the Airbnb short term rentals in the city of Athens, with a view to revealing its multiple effects on space and society. The scientific interest revolves around two major research questions. The first one concerns the extent of the Airbnb phenomenon, its special characteristics and particular geography; and the second one concerns the importance of the Airbnb rentals for the residential and economic strategies of the Airbnb hosts, for developments in the real estate market and for possible transformations in the city’s neighbourhoods.

The research questions will be explored from the standpoints of urban and social geography, through the combination of both quantitative and qualitative research methods. The quantitative research will involve the cartographic and statistical processing of primary data collected by the online platform of the “Airbnb” company, as well as data provided by the “Inside Airbnb” open source data tool. The data processing will be conducted at different scales of space: first, at the regional level (Region of Attica) and, next, at the city and the neighbourhood level (Municipality of Athens). A special emphasis will be given to the neighbourhood level, where data analysis will be enriched by qualitative research, that is, by a series of semi-structured and in-depth interviews with a diverse and representative sample of interviewees, including Airbnb hosts and guests, homeowners and long-term renters, Airbnb professionals, association representatives and public administration officials. The qualitative research will focus on two central areas of Athens with significantly high concentrations of Airbnb rentals and, therefore, of particular interest: the neighbourhood of Koukaki-Akropoli and the area located west of the very central Patission Avenue including Victoria square, Agios Panteleimonas, Attiki, Amerikis square, Agios Nikolaos and Kato Patissia.

Despite the extent to which the Airbnb phenomenon has developed in various cities around the globe, it has attracted little research attention yet, while it is practically unexplored in the case of Greece. However, the Airbnb phenomenon has been a matter of serious concern to the governments and public administration – that have already planned and implemented relevant policies – but also to the residents of the cities – who have already developed unofficial local initiatives to address negative effects on their neighbourhoods and everyday life. This research proposal is expected to contribute to the so far limited scientific debate on the Airbnb phenomenon and introduce the issue also in Greece. Drawing from the experience of other cities, this research proposal aims at thoroughly exploring the Airbnb phenomenon in the city of Athens, revealing its particular dimensions and formulating appropriate policy guidelines. The case of Athens is considered to be of particular interest due to the different local context and particular processes of urban development – compared with cities in North America or Western Europe – as well as due to the local condition of a deep, long and continuing economic crisis.

Research: “Socio-spatial effects of the Airbnb short term rentals in the city of Athens”

The research project “Socio-spatial effects of the Airbnb short term rentals in the city of Athens” was funded by the Research Centre for the Humanities (RCH) for the year 2019.

During the last few years, the (Airbnb) short term rentals are growing rapidly in Greece, against the background of the rising ‘urban tourism’ and, at the same time, against the background of the multifaceted and ongoing crisis, and the diachronic absence of housing policies. This paper presents the results of the research entitled “Socio-spatial effects of the Airbnb short term rentals in the city of Athens”, which was funded during 2019 by the Research Centre for the Humanities (RCH). After a comprehensive literature review, this paper discusses: a) the extent of the Airbnb phenomenon in the city of Athens, its special characteristics and its particular geography, b) the effects of Airbnb on urban space, housing, society and the economy, as well as on the consequent “touristification” trends, and c) aspects of relevant public policies. Overall, it is shown that the (Airbnb) short term rentals constitute a quiet complex phenomenon and emerge as a transformative force of urban space, society and the economy, with multiple effects, varying from positive to highly negative effects for a wide spectrum of the cities’ population. 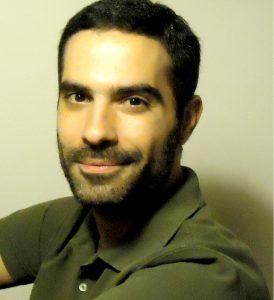 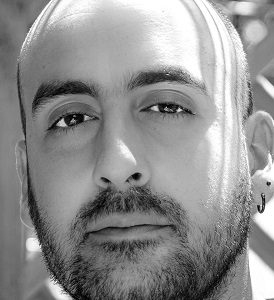 Dimitris Pettas was born in Athens in 1984. He studied urban and regional planning and urban geography at the University of Thessaly (Department of Urban and Regional Planning), London School of Economics and Political Science (Department of Geography) and the National Technical University of Athens (School of Architecture). He is currently a postdoctoral researcher at the Regional Development Institute (Panteion University) and adjunct lecturer at the Hellenic Open University. His research interests include the study of: the social production of public space, the development of platform economy and its impact on urban environment, the role of power relations and agency in modes of urban governance, the exploration and comparative analysis of epistemological and ontological approaches concerning the production of urban environment and urban life. 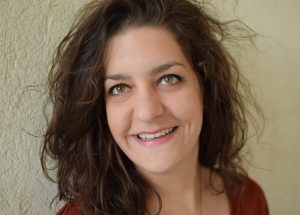 Eva Papatzani is a PhD candidate in Urban and Regional Planning at the School of Architecture, National Technical University of Athens (NTUA). She is an Architect by training (Aristotle University of Thessaloniki) with a Master’s degree in Urban & Regional Planning (NTUA). The subject of her PhD thesis is “Migration, diversity and negotiations of cohabitation at the neighborhoods of Athens. Institutional policies and everyday practices”, and it has been supported with scholarships from the General Secretariat for Research and Technology (GSRT)/Hellenic Foundation for Research and Innovation (HFRI), and the Special Account for Research (NTUA). Her research interests regard the urban social geography, and focus on issues of urban transformations in the neighborhood level, socio-spatial segregation, immigration, interethnic relationships and conflicts, as well as urban policies. As a PhD candidate, she has participated as a Teaching Assistant in undergraduate courses at the School of Architecture (NTUA). She participates as a researcher in research projects on urban social geography, she has participated in international conferences and she has published articles in scientific journals.