The proposed research focuses on the diverse insular communities of the Aegean to uncover a history of sexualised violence in interwar Greece. Premised on the assumption that sexual practices and ideologies are social and cultural constructs and, like anything else, are subject to change, this project explores rape in its historical specificity, as a criminal act, court case, public scandal, offence against common morals, and individual experience. Its archival backbone consists of rape and attempted rape cases that somehow reached local police and legal authorities. A second pillar for the understanding of rape as a criminal form of offence would be the national statutory laws and their various interpretations by Greek legislators and jurists.

Adopting a methodological strategy that enables a multifaceted exploration of sexual coercion, the study will draw on pretrial documents, trial proceedings, penal codes and law treatises. These sources can reveal transformations in legal understandings and treatments of rape, as well as in the ways that important power dynamics of difference (for example, gender, age, and socioeconomic status), act upon ideologies and practices of sexual violence. They can also unpack the multiplicity of cultural meanings assigned to rape over time, privileging the voices of the individuals involved: policemen, jurists, perpetrators, victims and witnesses. In doing so, the project will highlight how authorities, communities and individuals evaluated the moral injury that a rape provoked to the social reputation of victims and their families. It will also uncover official and lay perceptions on proper and unacceptable sexuality, on coerced and consensual sex and their shifts over time.

Since the publication in 1975 of Susan Brownmiller’s pioneering Against our Will, historians have continued to challenge biological narratives which espouse the ‘inevitability’ of male sexual aggression. Scholars such as Joanna Bourke and Georges Vigarello have shed light on the historically contingent myths, stereotypes, and assumptions which have shaped societal, legal, and medical attitudes towards the victims and perpetrators of sexual violence at different points in time. In the modern period, medical specialists have played a particularly important role in shaping popular and legal perceptions of the victims and perpetrators of sexual violence. More recently, scholars such as Ngwarsungu Chiwengo have invited us to reflect on the western gaze within public discourse and scholarship on sexual violence, challenging narratives which mask the implication of western actors in sexual violence, at home and abroad. Such scholarship forces us to question the positioning of the western subject in historical narratives of sexual violence, which have hitherto focused on the anglophone western world.

This workshop, co-hosted by the Sexual Harms and Medical Encounters (SHaME) project at Birkbeck College, London, and the Research Centre for the Humanities (Greece) seeks to problematise the western subject through an exploration of sexual violence in the “European south”, broadly defined. Early social anthropologists reported a certain “cultural unity” within the European south and the Mediterranean (Pitt-Rivers, 1963). According to such perspectives, the social values of “honour and shame” in southern Europe were grounded in deeply gendered understandings of family honour, in which men were cast as its holders and protectors, while female honour was more directly linked to sexuality, experienced and expressed as shame. Yet, more recent scholarship has highly criticised this notion of “cultural unity” (Herzfeld, 1980, 1998; Gilmore 1987), highlighting the diverse manifestations of honour and shame within the European south, and stressing the existence of this “culture of honour” in other geographical areas of the world.

Southern European gender models and the implications of these on the study of sexual violence in the western world are relatively under-theorised within broader narratives of the western subject. This workshop seeks to address this lacuna through an exploration of the intersection of southern European culture—understood through the prism of “unity in diversity” (Horden and Purcell 2000)—and sexual violence in the modern period. A thorough comparison of sexual violence within the diverse localities of the European south will allow similarities and differences to emerge, and will help to decentre current emphasis on the English-speaking world within the current historiography on sexual violence.

The event will take place at Birkbeck and will adopt a workshop format. Participants will be invited to submit a 4000-5000-word draft by 31 October 2020, and will present a 15-minute version of this paper on the day of the workshop. In addition, each participant will be paired with another attendee, and will be expected to provide a 5-minute discussion of their partner’s written work during their session. Selected papers will be invited to submit an extended full paper for a peer-reviewed publication or a collective volume.

Proposals are welcome from any area relating to sexual violence, but those focussing on sexual violence in relation to medicine and public health would be particularly welcome. Areas of interest include but are not limited to:

Proposals consisting of a 500-word abstract and a one-page CV should be sent to Dimitra Vassiliadou (Research Centre for the Humanities and the Hellenic Open University, vasileiadou.dimitra@ac.eap.gr) and Stephanie Wright (Birkbeck, stephanie.wright@bbk.ac.uk) by 30 April 2020.

Participants will be notified of the outcome of their submissions by mid-April 2020. Some funding will be available for those travelling to the workshop from abroad and areas outside of London – please let the organisers know via email if you wish to be considered for this. 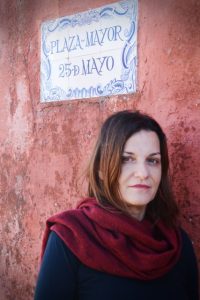 Dimitra Vassiliadou completed her Ph.D. in Modern History at the University of Crete in December 2015. She held a visiting fellowship at the Centre for Narrative Research, University of East London (2014), and post-doctoral fellowships at the University of Athens (2016-2019) and the University of Crete (2018-2019). She has worked extensively as an individual researcher, in cooperation with other historians, and as a member of large multidisciplinary teams. Currently she teaches at the Hellenic Open University. Her research interests and publications lie in the history of emotions, family history, gender history (especially masculinities), auto/biographical accounts, and the history of sexuality and sexual violence.