This proposal offers a new approach to the epinician odes of Pindar and Bacchylides based on a methodology derived from economic anthropology and Marxist inspired literary theory. Both poets made their living by composing epinician odes for the victors of panhellenic Games. The victors belonged in the aristocratic elite, while some of them were tyrants. The society in which they lived had a fluid economic structure in which there was a form of embedded economy with elements of market economy. After all, the widespread use of currencies and the new class of traders had overturned the old situation. it is important to view the poems through this dual economic lens in order to access their ideological manoeuvres and negotiations. Bacchylides’ poetry remains attached to the old economy, as expressed in Homer, and therefore follows the rules of the gift economy. For Bacchylides, the patron’s wealth and the poem are not things but relationships amongst people about things. For Pindar, however, things are different, as the poet seems to have been adapted to the new situation in which money is what defines and shapes human relationships.

I shall dispute the view of the Pindaric poetic world as economically unified, as it is analyzed in the most important book about the Pindaric economy, that of Leslie Kurke (Leslie Kurke, The Traffic in Praise: Pindar and the Poetics of Social Economy. Myth and Poetics Series. Ithaca: Cornell University Press, 1991). I argue that Pindar’s ideological strategies do not efface commodities by reinscribing them as gifts, but rather draws attention to the co-existence of commodity exchange and gift economy. I argue that a holistic view of a fully embedded economy applies only to Bacchylides. His poetry is more obedient to the ‘cultural hegemony’. I shall explore the issue of why Bacchylides maintains a ‘structured silence’ about the economic realities of his world.

The analysis of the odes devoted to Hieron and to the Emmenids composed by Pindar and Bacchylides brings to light the function of poetry as an ideological ‘state’ apparatus on behalf of the wealthy class. My research shall show how do or do not the poets oppose the absolute hegemony of the tyrant. 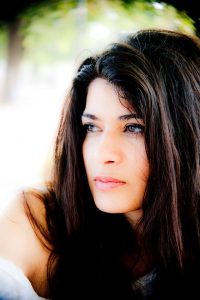 Gianna stergiou has received her PhD from the University of Edinburgh (2017) in Classics. She has  been a teaching fellow at the Demokritus University of Thrace (2018-19). Now she is a teaching fellow at the Ionian University. She was a Research Assistant at the “Bacchae Project” led by Prof. Olga Taxidou funded by IASH. Her research interests include lyric poetry, economy, ideology and politics of the ancient Greek world, economic anthropology and Greek society and ethics.