The aim of this research project is to provide a critical historical analysis of the Asia Minor campaign of 1919-1922 through the study of the wartime trauma and its impact on the Greek soldiers who participated in the war. To this end the scope of the research will be twofold: The first part will reconstruct the multifarious painful experiences of the Greek troops in Asia Minor, whereas the second will focus on the rehabilitation and social reintegration challenges these war veterans faced in Greece throughout the interwar period.

The Greek-Turkish war proved to be a severe traumatic experience with numerous and intense physical and emotional challenges for the Greek soldiers. The first section of the proposed research will focus on the soldiers’ subjective experiences and based on their narratives will examine their physical and emotional reactions. To this end it will trace their psychological changes as these were conditioned by weariness, alienation, homesickness, the concern about their families’ wellbeing and the loss of their brothers-in- arms. It will also present the consequences of the soldiers’ exposure to state coercion, adverse conditions, illnesses, captivity and violent death, while at the same time approach the issue of the inevitable dehumanization of a significant portion of them, which transformed them into perpetrators or bystanders of ethnic violence and war crimes.

The experience of the war did not end with the termination of hostilities and demobilization, but accompanied many veterans throughout their lives. The healthcare, rehabilitation and social integration of the ex-servicemen, both able-bodied and disabled, constituted one of the major challenges of the interwar period. One of the objectives of this research is to investigate how the state apparatus – and partly private initiative – undertook the healthcare of this new social category. In this context, it will examine the various attitudes formed within the veterans’ circle with regards to the effectiveness of the welfare mechanisms developed in order to address this issue. At the same time, it will attempt to bring to the foreground the image of the “veteran” as this was shaped in the public discourse of the time – veteran publications, protest letters, press articles, literature, photographs and memorial events – by placing special emphasis on the family, social and economic impact of the physical and psychological trauma. The project will draw material from a wide array of primary sources, published material of the period and secondary bibliography.

Greek Soldiers, War and Trauma: The Asia Minor Campaign and the Consequences of a Painful Experience 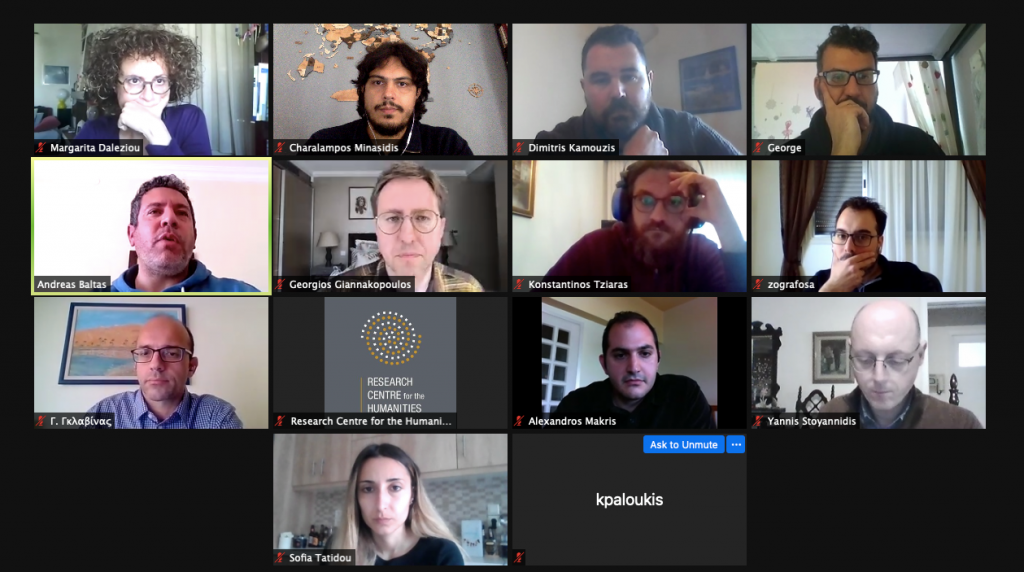 The closed online workshop of our group entitled “Greek Soldiers, War and Trauma: The Asia Minor Campaign and the Consequences of a Painful Experience” took place on Friday 23 April 2021 at the RCH platform.

The purpose of the workshop was to prepare the open conference planned for November 2021.

The meeting lasted for 8 hours and we had a fruitful discussion on various aspects of the issue such as:

– Psychological, physical and mental challenges during the war

– Daily life on the front

– Rehabilitation, union organization and social reintegration in Greece during the interwar period

The final texts of the workshop and the November conference will be published in a collective volume (in Greek) by the Publications “Vivliopoleion tis Estias” in 2022.

Dimitris Kamouzis is a Researcher at the Centre for Asia Minor Studies (Athens, Greece). He studied at the University of Cyprus and the University of Birmingham and completed his PhD in History at the Department of Byzantine and Modern Greek Studies, King’s College London. He has been a scholar of the Alexander S. Onassis Public Benefit Foundation, a Research Fellow of the John S. Latsis Public Benefit Foundation and the National & Kapodistrian University of Athens and a Teaching Fellow at King’s College London. He has participated in numerous conferences and has published several journal articles and book chapters. His latest book is entitled Greeks in Turkey: Elite Nationalism and Minority Politics in Late Ottoman and Early Republican Istanbul (Oxon & New York: SOAS/Routledge Studies on the Middle East, 2021). Research interests: Modern Greek History, Greek-Turkish Relations, Non-Muslim Minorities in the Ottoman Empire/Turkey, Oral History, Refugee Studies and the History of Humanitarianism. 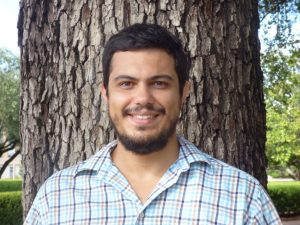 Charalampos Minasidis is a PhD candidate in the History Department at The University of Texas at Austin. His dissertation entitled War is the Father of All: Citizen Soldiers, Mobilizations and Democratization in the Kingdom of Greece and the Ottoman Empire during the Early 20th Century examines the human landscape of total mobilization via the social category of citizen soldiers as a way to study Greek and Ottoman society at war during the early 20th century. He holds an MA in The History of Warfare (2008) from King’s College London and an MA in Balkan and Turkish History (2013), a BA in Political Sciences (2014) and a BA in History (2007) from Aristotle University of Thessaloniki. He has conducted several research projects at the Society for Macedonian Studies and collaborates with projects, such as the 1914-1918-online. International Encyclopedia of the First World War et al. He is the author of Η Πολιτική των Ηνωμένων Πολιτειών στο Μακεδονικό Ζήτημα τη Δεκαετία του 1940 [United States Policy on the Macedonian Question during the 1940s] (2016). 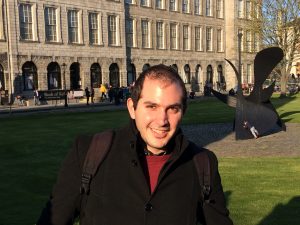 Alexandros Makris completed his PhD in History at the National and Kapodistrian University of Athens (thesis title: «’The preachers of the idea of the nation’ Veterans and War Victims in Greece (1912–1940)», 2021). He received a scholarship from the Greek State Scholarship Foundation for his doctoral studies (2018–2020). He completed his studies in Political Science and History at the Panteion University of Athens (2014) and he holds a Master of Science in Modern History from the same university (2017). He is the author of the book chapter ‘“War against war”: The antimilitarist activities of Greek veterans (1922–1925)’ in the volume The role of the military in peacebuilding, (under publication by Bloomsbury Academics). He has participated in conferences in Greece and abroad. He worked at the Society of Study of the Greek Left Youth (EMIAN), the ‘Hestia’ Publishers, the Hellenic History Foundation (IDISME) and the ‘Beyond Borders’ International Documentary Festival.