The very interesting architectural environment left in Crete by the Venetian domination (1211-1669) was still visible in the beginning of the 20th century. In the following years though, in the name of modernization, development and progress, many of the Venetian monuments in the historical centers of the Cretan cities were demolished before their significance as historic monuments was acknowledged.

Archival sources preserve evidence that some of the demolitions that took place during the Cretan Autonomy period (1898-1913) were carried on by representatives of the Great Powers who were in Crete at the time as “protective” powers. However, one of those Powers, the Italians, considered those monuments part of their own national heritage, testimonies of their own glorious past and the attacks against them as “hostile acts of great barbarism”.

Whilst many publications concerning the attitudes of the representatives of the Great Powers towards the Cretan antiquities have surfaced during the recent years, almost nothing has been published about the ways the Great Powers’ representatives dealt with the Venetian monuments of the island. The aim of the proposed research is to fill this gap regarding the reception of the Venetian architectural heritage by the Great Powers and their role in shaping the urban landscape of Cretan cities during the early years of the 20th century. It is therefore necessary to meticulously research the Archive of the Cretan Autonomy, the minutes of Municipal Council meetings and the local Press in order to locate evidence that illuminates the ways in which the Great Powers approached the Venetian monuments and the ways in which the Cretan governments and the inhabitants of the cities became involved in the same issues. The research aims to provide answers to questions about the rhetoric used to justify their removal from the cityscape, the reception of the Venetian past and its claim by the Italians and the impact of all this on the monuments themselves. In addition, information will be provided on the effort to restore the Venetian Loggia of Candia during the years 1911-1916. The role of the Italians in this effort, as well as the local government of Heraklion will be examined through the publication of archival material located in the Archaeological Service of Venice. 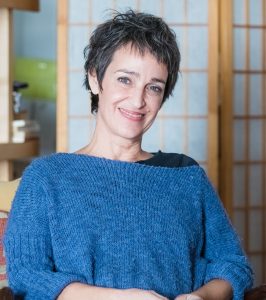 Sofia Katopi received her PhD in Art History and Archaeology at the Department of History and Archaeology of the University of Crete in 2016.  She has been a collaborator of the “Western Art in Crete” program at the Institute for Mediterranean Studies for many years. Since 2018 she is a Participant Scholar in the Getty-sponsored workshop series: Mediterranean Palimpsests: Connecting the Art and Architectural Histories of Medieval and Early Modern Cities. She is a postdoctoral researcher at the Institute for Mediterranean Studies in the ERC research project RICONTRANS Visual Culture, Piety and Propaganda: Transfer and Reception of Russian Religious Art in the Balkans and the Eastern Mediterranean (16th – early 20th c.) Her research interests focus on the material imprint of the various power relations in the urban fabric of the city centers of the Venetian state, concentrating especially on the use of all’antica style architecture. In addition, she researches the changes in the views and attitudes towards Venetian and Ottoman monumental heritage that took place in Greece during the 20th century.