The proposed post-doctoral research addresses the diffusion of alcohol and the rise of the concept of alcoholism in the Greek society from the 1870s (a decade marked by the spectacular spread of vine cultivation in Greece, by the development of systematic local spirits’ production, and by an increase in recorded alcohol consumption) to the 1930s, when the anti-alcoholic literature proliferated and the arguments against alcohol crystallized.
This research intends to map the history of alcoholic beverages during a period when they conquered both public space and consumers’ habits; to explore their different and often diverging representations; to analyze the content, the range and the limits of the anti-alcoholic discourse. The multifaceted character of this particular scientific object calls for the adoption of multiple approaches, i.e. of economic history, history of sciences, history of mentalities, history of everyday life, social history, or yet literary history. In order to address the above questions, I will consult a variety of primary sources and archives, without losing sight of recent literature in the field of alcohol and psychoactive substances.
Thus, through the study of sources and bibliography, the proposed research will analyze the interaction of state mechanisms, actors and natural or environmental conditions in the development of fermented and distilled beverages production; look into daily practices involving alcohol in the Greek society at the end of the nineteenth and the beginning of the twentieth century; describe forms of sociability were alcohol was a catalyst; and trace commercial, academic and cultural networks both within and beyond the frontiers of Greece.
The outcomes of the research will be presented during a one-day conference at the University of Crete with the participation of young scholars, and synthesized in an original final paper, while briefer accounts will be published in blogs dedicated to the history of health or to the history of psychoactive substances. In this manner this research will contribute in a thriving and very promising research field with specialized journals, organized institutions (e.g. Alcool and Drugs History Society) and conferences, workshops and symposiums across the world: the study of psychoactive substances. By doing so, the research will inscribe the Greek case in current international historiographic trends.

This research project was funded by the Research Centre for the Humanities (RCH), with the support of

To view the conference’s program in Greek and English, click here.

The research ‘A last drink?’ Alcohol and Antialcoholism in Greece, 1870-1940’, funded by the Research Centre for the Humanities (RCH) for the year 2018, with the support of the Stavros Niarchos Foundation,  focuses on the question of alcohol production and consumption in Greece, as well as on the rise of the concept of alcoholism from the 1870s (a decade marked by the spectacular spread of vine cultivation in Greece, by the development of systematic local spirits’ production, and by an increase in recorded alcohol consumption) to the 1930s, when the anti-alcoholic literature proliferated and the arguments against alcohol crystallized.

On the one hand, the research maps the multiple factors that contributed to the spread of alcohol in Greek society. These factors were a) economic (development of a wine and distillation industry in the last decades of the 19th century in symbiosis with the raisin economy); b) social (as wineries and distilleries constituted a means of canalizing the raisin surplus and to alleviate the consequences of an acute social issue, the so-called ‘raisin crisis’ at the end of the 19th and the beginning of the 20th century); c) political (e.g. the electoral weight of raisin- and wine-producing constituencies or the allocation of the revenues from consumption tax on alcohol to the National Defense Fund, created after the defeat against the Ottoman Empire in 1897 to finance the modernisation of the Greek Army); d) cultural, as during the period under discussion alcoholic beverages conquered both public space and consumers’ habits, following broader socio-cultural shifts concerning the management of leisure time, the emergence of new entertainment forms, and the growing popularity of places of consumption as well as socialization, such as taverns and coffee shops. To the above, one must add the medical uses of alcohol, which puportedly contributed among others to the development of the Greek brandy (‘cognac’) industry.

On the other hand, the research addresses the development of an anti-alcoholic discourse at the turn of the 20th century, as the notion of ‘alcoholism’ was introduced in both scientific jargon and everyday vocabulary. The focus is on medical and psychiatric texts, tracing the perception of ‘chronic alcohol intoxication’ as a disease with pronounced moral and social implications. Neurologists and psychiatrists, in particular, found in the crusade against alcohol the grounds to assert their expertise and their scientific and professional autonomy towards physicians, as psychiatry made its first steps in Greece at the turn of the 20th century. Drawing on foreign scientific works or on their own observations they published or talked on the symptoms of ‘alcoholism’, suggesting therapies and measures destined to cure or prevent what was viewed as a ‘social malady’.

However, beyond eventual turf wars between members of the medical profession, even within the limited circle of Greek psychiatrists, opinions on the nature and the extent of the anti-alcoholic fight diverged. Next to the proponents of ‘total abstinence’, the advocates of ‘moderate use’ often put forward a distinction between fermented and distilled beverages, as highlighted by two episodes: the heated discussion during the session on ‘alcohol-induced diseases in Greece’ at the 2nd Panhellenic Medical Conference (1903), and the publication of two books with opposing views in 1935-1936 (Wine against alcoholism by Prof. Sp. Dontas and Wine and alcoholism by Prof. K. Katsaras).

Be that as it may, ultimately Greek physicians and psychiatrists lived and worked in a society with the characteristics of what some anthropologists term a ‘wet culture’, i.e. a society where production and consumption of alcohol was fully integrated to social and cultural practices. What is more, alcohol represented significant financial and fiscal benefits for the Greek state, which were even associated with national interests. As a result, the campaigners against alcohol, divided between total abstinence and moderate use, as was the case in other European countries, failed to form a common front and influence on public policies. 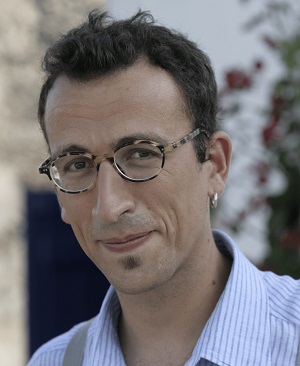 Kostis Gotsinas is a post-doctoral researcher at the History and Archeology Department of the University of Crete. He has studied History at the National and Kapodistrian University of Athens and at the École des Hautes Études en Sciences Sociales in Paris, where he accomplished his PhD dissertation on drug addiction in Interwar Greece. During the spring semester of the academic year 2016-2017 he taught “Contemporary Greek History (1880-1930)” at the History, Archeology and Social Anthropology Department of the University of Thessaly, and he has collaborated with the projects «Open Jerusalem – Opening Jerusalem Archives: for a connected history of ‘Citadinité’ in the Holy City (1840-1940)» and «Entre global et local – L’histoire civile d’une armée oubliée: l’armée d’Orient, 1915-1919». His research interests comprise the history of psychoactive substances, state formation and public health, deviant behaviors and politics of control, as well as social and cultural history. Currently he is conducting the research “A last drink? Alcohol and antialcoholism in Greece (1870-1940)” with the support of the Research Center for the Humanities. He is also participating in the team research entitled “For a history of sexuality in the Greek 20th century: Practices, discourses, and identities”.