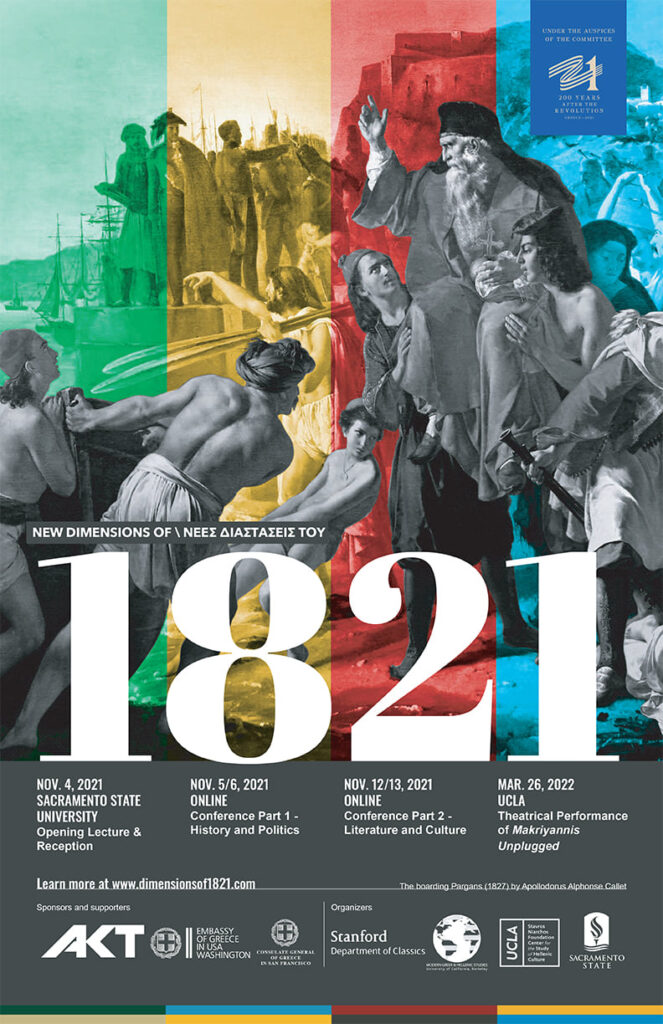 Scholars from American, Canadian, Greek, and European institutions will discuss the Greek War of Independence both as a historical event that resonated across national borders and as an academic object that cuts across disciplinary boundaries.

Makriyannis Unplugged, a theatrical performance based on the memoirs of General Makriyannis, will explore the last 200 years of Greek history from local and universal perspectives.

Keynote lecture: “The Greek Revolution and Theories of Revolution”

Keynote lecture: “Women during the Greek War of Independence”